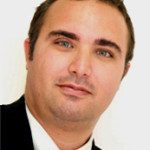 Virtue ethics can offer an adequate ethical alternative for those practioners who are not happy with Kantianism or utilitarianism. Virtue theory knows its beginning to Aristotle (384BC) and unlike other normative theories it is not primarily concerned with action/behaviour but focuses primarily on virtues or the ethical character. In other words whilst other normative theories attempt to answer the question of the “right action” (or ethical behaviour), virtue theory is more concerned with answering the question of how to live a good life, or how to be a good person. Its primary aim is offer an outline the must have characteristics to be considered as “virtuous”.

The Resurgence of the Virtue Theory

The introduction of Kantianism and utilitarianism led to the decline in popularity of the virtue theory but the publication of a paper entitled “Modern Moral Philosophy”, Elizabeth Anscombe (1958) led the way to the resurgence of the virtue theory. In her paper, Anscombe criticised the rigid and inflexible codes of ethical behaviour that were entailed in utilitarianism and Kantianism. These theories were based on the concept of a universal all-powerful law-giver. Anscombe recommended the return to concepts of virtue, character and human flourishing. This basis of philosophy became known as modern virtue ethics. Aristotle’s theory of eudaemonia is seen as one of the influential theories to virtue theory. In his work The Nichomachean Ethics, Aristotle describes virtue as a practice or habit that is learnt through doing. Aristotle insists that all human action must lead us to eudaimon, meaning Flourishing. To achieve this ideal state one must possess arête or virtues. These character traits will help the person achieve a fulfilling life. Therefore being virtuous means possessing the virtues and acting according to them.

The Application of Utilitarianism and Deontology in Marketing

Traditionally, marketing ethics research has focused on three theories – utilitarianism, deontology and justice. Utilitarianism is the predominate framework of ethical decision making described in the marketing literature. Ferrell and Gresham (1985) state that marketing decision makers make ethical choices on the basis of whether or not the consequences of their behaviour are best for all affected social groups. Similarly Hunt and Vitell (1986) propose that an individual’s ethical judgement includes an evaluation of the “sum total of goodness versus badness likely to be produced by each alternative” (p.9).

Goolsby and Hunt (1992) apply Kohlberg’s (1969) cognitive moral development (CMD) concept. All of these frameworks are transactional in nature meaning that there is a focus on the action taken rather than on the moral character of the decision maker. These approaches require the use of “quandaries” as the basis for discussion and analysis.

Quandaries are scenarios which are required to “guess” how one must act in a certain hypothetical situation. The focus is on the act and the person’s reason for choosing that particular act. Therefore one can argue that there is an emphasis on the morally “correct and not on the morally “useful”. This leads us to confuse “morality and conscientiousness” (Pincoffs (1986) p.28). Pincoffs argues that a moral person is more than a conscientious person and therefore business ethics has to focus on the qualities of the character.

It is quite surprising that in the past Marketing researchers have given limited attention to virtue ethics – the theory that focuses on an individual’s moral character. Beyond any scientific analysis, it is very evident in the commercial world that organisational or brand positioning is very well determined by the character of the organisation’s founder or leaders. The Body Shop Brand positioning is a clear reflection of Anna Roddick’s values and drive towards economic and environmental sustainable business.

Williams and Murphy (1990) introduced virtue ethics into the marketing literature, emphasising that “the ethics of virtue is a very relevant theory for improving the ethical conduct of marketers.” (p.28). The ability of utilitarianism (and other normative theories) in providing ethical guidance to marketers is also questioned by Robin and Reidenbach in their paper “Searching for a Place to Stand: Toward a Workable Ethical Philosophy for Marketing (1993).

The Distinction between Virtue and Values

At this stage it is very important that we make a clear distinction between virtues and values. While virtues and values overlap, it is very important to make a distinction between these two concepts, as failing to do so can result in faulty ethical conclusions. Virtues represent what we are – it is our character and the quality of our character. On the other hand, Values arise from what we experience and in the long term they will shape our behaviour (Fritzsche, 1995.) Values are outcomes of life’s processes that directly and significantly effect our lives (Fredrick, 1992).

In their presentation of virtue ethics, Robin and Reidenbach (1987) apply Aristotle’s (1991) notion of moderation to the “system of values adopted by marketers” (p.51) including the value of performance. They suggest that in deciding the appropriateness of a decision, performance must be considered such that “extreme measures that could ruin the company are not required” (p.51). While corporate performance is a value, it is not a virtue. There are a variety of ways that firms might achieve performance, such as being environmentally responsible, generating profits or having integrity. Of these only integrity is a virtue, the others are merely values. Finally being virtuous may require extreme measures, such as total recall of a hazardous or unsafe product, even if it means failure of the company. If marketing theorists blur the distinction between virtues and values, marketing decision makers may confuse good moral character with high performance or with other market-based values.

Pincoffs introduces a very interesting concept in virtue ethics – the consideration of context. He argues that “some qualities may depend on the context” (Pincoffs, 1986, p.74) that exists at the time in that particular marketplace. Ethical marketers cannot solely answer the question “What is good for our Business” but need to answer the question “What can be done in a way that maintains or improves the consumer’s and society’s well being?”

Solomon in his paper “Ethics and Excellence” (1992b), clearly states that a business organisation should possess the virtues of community, membership or roles, excellence, integrity, judgement and holism. He also outlines a set of individual virtues including honesty, fairness, trust, toughness, friendliness, loyalty, honour, shame, caring, compassion and wittiness that are relevant to firms.

Both the organisational and the individual virtues can be applied in the marketing dimension. An organisation which ignores these virtues will experience negative repercussions in its corporate reputation with a direct consequence on short and long-term sales flows.

Anita Roddick founded the organisation on the core virtue’s of excellence and integrity. The organisational virtue of excellence gained prominence when it became the focus for Peters and Waterman’s (1982) best run companies. Solomon argues that excellence is “a word of great significance and indicates a sense of mission, a commitment beyond profit potential and the bottom line. It is a word that suggests not only ‘doing well’ but also ‘doing good’” (Solomon, 1992b, p.153). The second organisational virtue is integrity and is included in both the American Marketing Association’s code of ethics (Marketing News, 1987) and also the consumer “bill of rights” (Skinner, 1994). Integrity goes beyond honesty and encompasses several other virtues such as loyalty and trustworthiness. According to Solomon it integrates one’s roles and responsibilities and the virtues defined by them (Solomon, 1992a, p.328).

Body Shop International’s mission is not only focused on high quality natural products to its customer base but also striving to improve the life of its communities and the environment. The organisation is aware that the customer base and even the market will evaluate Body Shop’s excellence and integrity values through its business and marketing activities. The activities reflect Roddick’s thought that the concept “business of business is to make profits” has to be challenged, and every organisation must strive for the social good first and bottom line profit figures second.

Body Shop’s way of thinking and action helps us to understand the organisational virtue of community. Solomon (1992b) suggests that the virtue of community “goes beyond the idea of particular responsibilities and obligations, although it embraces the same impetus toward larger thinking and citizenship endorsed by the stakeholder analysis” (p.150). It is important that marketers see themselves as part of their corporate networks and not as autonomous agents. A clear example is Roddick’s thought that foreign business networks must “espouse a gentler, kinder way of doing business, where core values of community, social justice, openness, and environmental awareness are flourishing; that business can transform themselves into organisations that have a vital, driving sense of responsibility to people and the planet” (Roddick, 1994, p.199). Roddick is moving out from her organisational shell and sharing her ideas and core competences to other organisations, possibly even competitors. There is no fear that any competitive advantage can be lost to competition.

It is imperative to point out that Anita Roddick strengthens these virtues in her employment and engagement practices such as BSI’s employee interview tool. The interview has questions that reflect the applicant’s philosophical views such as “If you were a car, what car would you be and why?” (Brock 1993, p.106). Body Shop engages those employees that give creative answers and that are in line with the organisation’s credo.

The objective of this paper is to show that Virtue Theory can be an effective tool towards the development of organisational mission and values that go beyond the pure commercial business sense of doing things. Body Shop is a clear example that being virtuous is possible even in the world of business and facing cut-throat competition. To be virtuous does not require any sainthood. Virtue can give the organisation a strong basis for product differentiation leading to a sustainable competitive advantage that is not easily superseded by competitors.

Hartman, C.L.: 1999, ‘Marketing Strategies and the Search for Virtue: A Case Analysis of The Body Shop International’, Journal of Business Ethics 20, 249-263