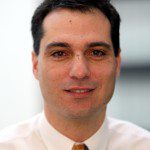 Feedback at the Workplace – Introduction

‘A type of message that should be highlighted is feedback.  Feedback may come from oneself (the source) or from others.  Feedback may be positive or negative, and may be immediate or delayed’. – Joseph A DeVito (2005)

In essence, feedback provides information that lets a person know how he or she is doing.  Feedback can help the receiver identify what he or she is doing well and the opportunity to become aware of and build on areas that need to be improved.  Thus, through feedback, people can enhance their personal lives and possibly the organisation in which they work.

In the work environment, feedback has seen an evolution.  Initially, feedback came from the individual’s supervisor or the owner of the business and focused primarily on productivity.  Feedback was given whenever the manager/owner felt the need to, and, more likely, only when things were not going in the planned and expected framework.

The general acceptance and application of management by objectives in the 1950’s helped to formalise and focus this downward feedback process.  Lepsinger and Lucia (1997) state that research on employee motivation reveals that both productivity and job satisfaction increase when people receive regular information on their performance against agreed targets.  However, while downward feedback is an important performance and behavioural measurement tool, it only provides one perspective.  In fact, in the 1970’s, the need for a broader and more accurate picture of an individual’s performance led to the introduction of upward feedback; the feedback to managers from subordinates (Lepsinger and Lucia, 1997).

The 360-degree feedback process, also known as multi-rater feedback and multi-source feedback has become increasingly popular.  At the place of work, feedback can originate from the rater’s self-appraisal, manager/supervisor ratings, peer ratings, subordinates ratings and even from customers and suppliers.  In fact, an interesting research conducted by the Centre for Creative Leadership in the mid 1980’s following the introduction of multi-rater feedback concluded that, “people’s assessment of an individual varied depending on whether they are the boss, peer, direct report, or customer”.

You can share your reflections with the author at [email protected].

In Part 2 of this series of brief articles The Role of Perception in the Feedback Process will be examined.