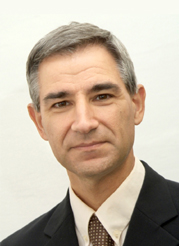 A recent conference on Corporate Social Responsibility (CSR), organised by the Malta Standards Authority to commemorate its tenth anniversary, brought together a panel of speakers very much involved in CSR. This is a concept to run organizations profitably yet in a social and environmentally responsible way in order to achieve business sustainability and stakeholders satisfaction.

Corporate social responsibility used to be the sole preserve of socially progressive companies. Now it seems every company is jumping on the CSR bandwagon. But most companies may not be embracing CSR for altruistic reasons. Instead firms should realize that adopting a CSR agenda offers many benefits.

What these economists overlooked was that a company can focus on its core business, make profits, deliver value to shareholders, and still behave in a socially responsible manner. Russell Sparkes, a director of the UK Social Investment Forum and author of Socially Responsible Investment – A Global Revolution defines CSR as the situation when companies are judged “not just by the products and profits they make, but also by how those profits are made.” It is not the same as corporate philanthropy.

A number of drivers are involved in the rush to adopt socially responsible business practices.

There is an increasing focus by all types of organizations on examining their social responsibilities. For example, Business in the Community published ‘Winning with Integrity’ in November 2000.

There is no single authoritative definition of CSR and there have been many attempts, one of these defines CSR as the duty of the organization to respect individuals’ rights and promote human welfare in its operations (Manakkalathil and Rudolf, 1995; Oppewal et al., 2006). Businesses not only have the economic responsibility of being profitable and the legal responsibility to follow the laws or ground rules that guide their ability to achieve their economic requirements, but they also have ethical responsibilities that include a range of societal norms, or standards.

November 2010 saw the launch of one of the most eagerly awaited ISO International Standards of recent years, ISO 26000, which provides guidance to both business and public sector organizations on social responsibility (SR). This publications has been eagerly awaited by organizations worldwide, whether they are business enterprises, or public sector organizations. What makes ISO 26000 exceptional among the many already existing social responsibility initiatives is that it distils a truly international consensus on what social responsibility means and what core subjects need to be addressed to implement it. In addition, it is based on broad stakeholder input, including from developing countries, business, government, consumers, labour, nongovernmental organizations and others.

According to the standard, the perception and reality of an organization’s performance on social responsibility can influence, among other things:

While corporations attempt to convince the world of their socially responsible credentials, cynics remain unimpressed. CSR is frequently dismissed as style over substance, a public relations exercise, naked self-interest. No matter how hard some companies try, and how genuinely they take their corporate responsibilities, many commentators remain sceptical. It seems a little unfair that companies like McDonald’s, Nike and Starbucks, for example, who operate many socially responsible programmes, do not receive much kudos for their actions. As some activists argue, surely it is better that they, and all other companies, adopt some socially responsible practices rather than none at all, whatever the motives.