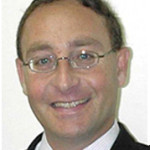 Paul Gauci B.A. (Hons); M.Ed (Trg&Dvpt) Sheffield; MCIPD is Head of Bank of Valletta’s Training Centre and leads the Leadership and Change Module on the Henley MBA programme. He has a keen interest in leadership and people development.

People have written tons of articles about what makes a great leader. Some conclusions centre around his or her intelligence, charisma, or personal drive. But this might not be enough!

One might ask, “What’s holding this person back from being a great leader?” The answer that could come up is assertiveness. Some executives might be too overbearing and others not assertive enough to stand their ground.

Assertiveness is a Choice
Aggressive: “I believe I can win, I am superior, You are no good. Others do no matter when I stand up for my rights, I am the one who counts.”

Passive: “I feel I will lose, I am inferior, I am no good. My thoughts, ideas, and feelings are not so important that others should know about them. I can hide and ignore them.”

Assertive: “We can find a way together, we are both fine, no one need lose. I am worth standing up for my personal rights. I have a right to express my mind, saying what I think and feel-as long as I accept that others have the right to do the same.”

Relating to research in this area, Profs. Ames from Columbia University (US) says that the reason assertiveness come up so often as a leadership quality, is that conflict is such an essential part of what mangers and leaders deal with. He says, “Sometimes it’s avoiding conflicts that really beg to be embraced and engaged in. Other times it’s pushing too hard and straining relationships through conflict.”

Ames also points out that there’s variance across situations as well: “Someone who’s a real mouse to their immediate super-visor might turn around and be an absolute terror to the people who work for him or her.”

I think, too, that the motive or outcome behind “winning” has something to do with the effectiveness of assertiveness. A leader who wants to win just for the sake of winning is less effective than the leader who is going to go for something he or she believes in. But even then, a highly assertive person (even if they’re fighting for the right reason) may not see the consequences of his behavior. For example, he doesn’t see that the person he just dealt with is feeling frustrated or angry feelings that can linger and affect the next interaction – all that is important is the win.

Assertive communication is the ability to express positive and negative ideas and feelings in an open, honest and direct way. It recognizes our rights whilst still respecting the rights of others. It allows us to take responsibility of ourselves and our actions without judging or blaming other people. And it allows us to constructively confront and find a mutually satisfying solution where conflict exists. Assertive communication can strengthen your relationships, reducing stress from conflict and providing you with social support when facing difficult times. A polite but assertive ‘no’ to excessive requests from others will enable you to avoid overloading your schedule and promote balance in your life. Assertive communication can also help you handle difficult family, friends and co-workers more easily, reducing drama and stress.

Tips for Being More Assertive

In contrast to these two fundamentally disrespectful positions, assertiveness is about finding a middle way between aggression and passivity that best respects the personal boundaries of all relationship partners. Assertive people defend themselves when someone else attempts to dominate them. Though they can be strong people who are capable of aggressive domination attempts, they never act in an aggressive manner, however, because they know that to do so would cause them to disrespect their relationship partner’s boundaries. Assertiveness is about mutual benefit: a win-win.

This article was first published in The Executive Business Journal, issue number 30