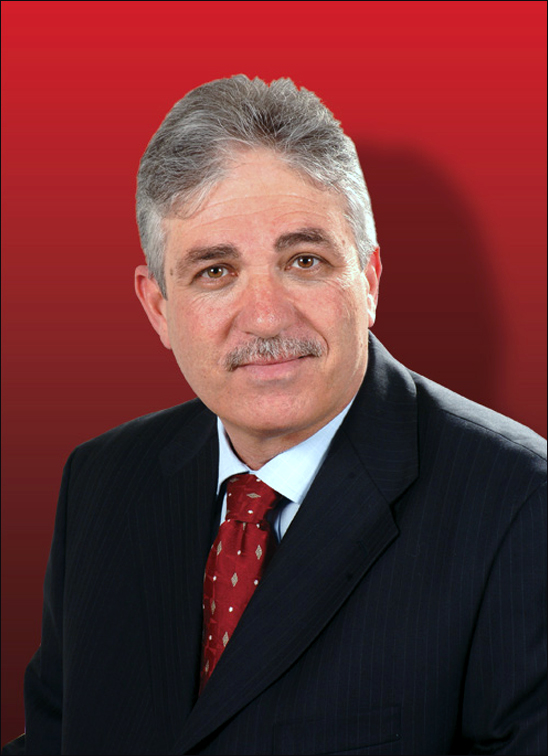 These are defining times for small states. Globalisation, the knowledge economy and the internet are creating new scenarios which present changed threats and opportunities for small states. Key concepts such as time and space are being redefined and new paradigms are fast emerging. If small states are to succeed in meeting their economic and social objectives a change in mind-set is required.

Many of these small states achieved political independence in the post-World War II era and since then continue to consider themselves as “powerless” and economically dependent on larger and more developed societies. If they are to prosper, small states must believe that they are capable to make a qualitative jump to evolve from caterpillars to butterflies. This, of course, is easier said than done.

Paradoxically, globalisation is accentuating the importance of “local” conditions in determining patterns of wealth creation and distribution. Small states are inherently “open” systems which are asymmetrically dependent on the “outside” world. They have little option but to integrate with the global economy. The primary challenge is then how to manage their interface with the global economy in times of fast change and turbulence.

Globalisation is resulting in higher risks for small states rendering them as sensitive to minimising risk as to maximising economic prosperity.

Though a degree of “academic dependency” in understanding the forces at play is inevitable, it is important that small states remain conscious of this fact and beware easy, imported solutions. As Baldacchino and Greenwood[1] point out “The difficulty here is to struggle consciously against paradigms of being, of having and of becoming, which are of alien, typically Western provenance”.

The track record of some small states confirms that despite the innate limitations and vulnerabilities arising out of “smallness”, it is still possible for them to prosper. A lot depends on the pro-activeness and flexibility of their policymakers and entrepreneurs. As Godet[2] (2001) remarks “The world may be changing, but the direction of that change is not certain”.

By itself small is a relative, polymorphous construct [3]. In the context of small states, “smallness” is related to “statehood” and must therefore be interpreted in terms of the key characteristics of a state. The study of small states (and one of its variants: “micro” states,) has been plagued by definition problems. Issues arising out of “smallness” have many times been intertwined and confused with those arising out of the process of development, geophysical considerations (especially location and islandness) and statehood (including sovereignty and jurisdiction).

There is therefore no one accepted definition of a small state. The size of population has often been used to define “smallness”, even some analysts have used other indicators such as territory size, some geophysical characteristic such as “islands” or “land-locked “ states or the size of GDP. Indeed, over the years “small” has become even “smaller” and probably today we are talking about “micro”. In the 1950s and 1960s small referred to states having a population of about 10-15 million. By the 1970s and 1980s, the term stated to be used to refer to populations with less than 5 million citizens. Over the last three decades, small states have generally come to refer to societies with less than 1.5m population. In practice there is a continuum, with states larger than whatever threshold is chosen sharing some or all of the characteristics assumed to pertain to small states.

The concept of a small state has its origins in International Relations. Given the prevalence of realist-thinking within this discipline, smallness implies “lack of power” and is synonymous with weakness. Eventually, this frame of mind conditioned research by other disciplines, such as economics. The focus has been on the “vulnerabilities” of small states. It led to the creation of various indices meant to measure the degree of vulnerability.

This approach was encouraged by small states themselves and found the support of international organisations such as the Commonwealth and UNCTAD. Small state “vulnerability” was leveraged so as to seek to obtain preferential trade concessions and increased financial assistance[4] . Inadvertently, this approach perpetuated a culture of “dependency” which impacted adversely on the economic developmental efforts of small states.

Various small states have achieved significant, sustained growth rates. Their success led to a stream of literature to explore the factors leading to “resilience.” Resilience refers to the ability of the economic system to return to a steady-state position after a perturbation or exogenous shock[5] . “Nurtured” resilience is the result of good policymaking and effective governance. Resilience while offering important insights on the superior performance of small states is a static approach. “Resilience” can prove to be pathological in the face of the need to change and adapt. Stubborn adherence to past practices can prove to be counter-productive.

Small states rarely have a preferred, steady-state position to which they want to return after some turbulence. Real life is dynamic and states (large or small) need to evolve within an ever-changing environment.

Neo-classical economic philosophy refutes the very concept of sustainable superior performance. Such performance is viewed with suspicion and is seen as a “temporary” distortion of market conditions. Size itself is considered a paradox[6]. Economists generally regard small economies as being “sub-optimal”[7].

In an era dominated by industrialisation with its emphasis on mass production, mass markets, intensive resource utilisation and economies of scale, small economies were seen as being handicapped by their small markets and limited resource base, including their labour force. Insufficient domestic demand prevents critical mass and reaching the minimum scale necessary for efficient output. A small domestic market also reduces the potential for competition because of the small number of feasible players. The cost of living is relatively higher because of scale and competition effects as well as transport costs.

These limitations, coupled with a high degree of openness, render small economies vulnerable to exogenous shocks. Small size limits the capacity to diversify risk.[8] Armstrong and Read[9] (2003) point out that the high level of structural openness in small states (a high share of trade in GDP) has important macroeconomic policy implications in terms of the balance of payments, international monetization, the exchange rate and domestic monetary autonomy.

Also, the provision of public goods and services carries a higher cost due to indivisibilities. Briguglio[10] (1995) states that small states face severe disadvantages in promoting local R&D, technical progress and technology acquisition as the production of knowledge is governed by fixed costs.

International Trade theory makes a strong case for countries to participate in trade. It presents trade as a win-win proposition. This theory, which puts “countries” at the core of its approach, seeks to provide answers to such questions as: Why do countries trade? What goods will be traded? How will the gains from trade be shared among the participating countries? How are adjustments brought about when trade patterns are distorted?

Mainstream trade theory makes no reference to the particular conditions faced by “small” countries. International trade demands specialisation and an international division of labour. Small states feel uneasy with specialisation as they fear putting their few eggs in one or two baskets. Moreover, specialisation in many small states is identified with commodities (“primary” exports) and adverse terms of trade.

Michael Porter in his seminal work “The Competitive Advantage of Nations” (1990) modified the trend by emphasising that both the state and the enterprise had a critical role to play in constructing national competitiveness. Porter proposes the “Diamond of National Advantage” model to explain the dynamics of superior performance. He concludes that despite globalisation, competitive advantage is created and sustained through a highly localised process.

The emphasis shifts from “inheriting” wealth (comparative advantage) to “creating” wealth (competitive advantage). This “business school” mind-set presents international competitiveness as a “zero-sum” game rather than a “win-win” proposition. Porter’s work, while providing some invaluable insights, does not account for the realities of small states.

We have to look for an explanation as to why some small states achieve competitive advantage or “a superior performance” elsewhere. In the second part of this article we will try to propose an alternative framework that builds primarily on the Resource Based perspective.

This article was first published in The Executive Business Journal, issue number 26, October 2010